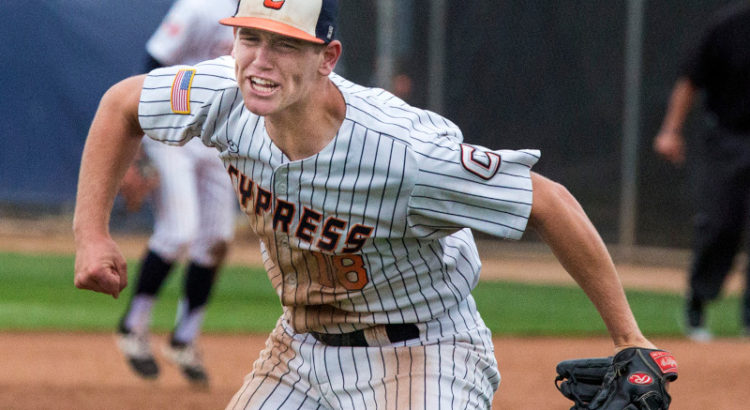 In Episode 6, we had a phone conversation with incoming freshman third baseman and right handed pitcher, Cameron Repetti. The Cypress High School product was recently named CIF Southern Section Division 1 player of the year in baseball and was selected in the 38th round of the 2019 MLB Amateur Draft.

His draft status is not a reflection of his talent but merely that Repetti made it abundantly clear to Major League clubs that his intention was to honor his commitment to attend Cal State Fullerton unless they drafted him much higher with a larger salary commitment.

You can listen to the episode directly here or if you prefer to listen on your mobile device, the 1544 Miles to Omaha Podcast is available on both Apple iTunes Podcasts and Spotify.

In this conversation, Cameron Repetti discusses playing summer baseball in the Northwest for the Ridgefield Raptors, describes what it was like to throw a no-hitter in his senior year, winning the CIF championship and even demonstrates he already has the Titan swagger when it comes to the rivalry with Long Beach State.

One thought to “1544 Miles to Omaha Podcast – Episode 6: Cameron Repetti”