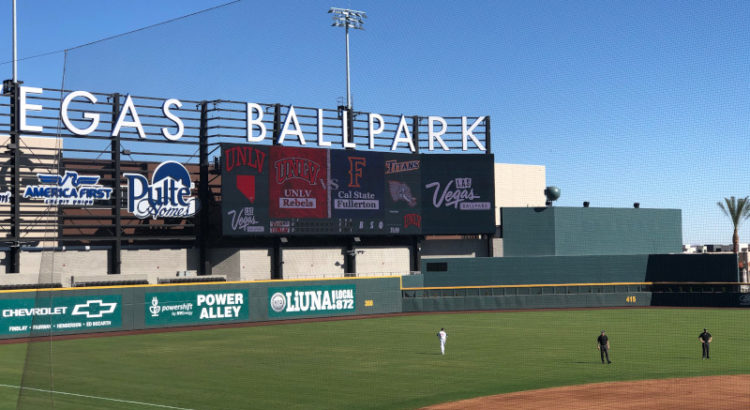 The NCAA allows teams to play two exhibition games in the fall and the Titans traveled out to Las Vegas to take on the UNLV Rebels in a 14 innings affair.

The format consisted of two, seven innings games where the score was kept and normal baseball rules applied. (The substitution rule was not closely followed because it was an exhibition.) The first seven inning game ended in a 0-0 tie. In the second game, the Titans fell 3-1. In a surprise move, Brady Barcellos came out of the bullpen and pitched a 15th inning until he got three outs and then the teams met and shook hands at home plate.

We made the road trip out to Las Vegas and here are our initial thoughts and takeaways from the weekend. Some good, some bad, some ugly. But overall, the 2020 Titan Baseball squad should be much improved over last year’s team.