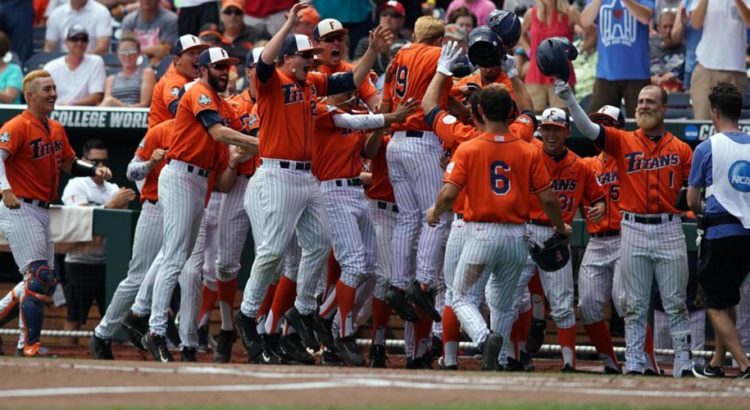 Inspired by the D1Baseball article, Best Of The 2010s: End Of Decade Staff Favorites, we decided to compile our own list.

The D1Baseball article had each of their staff members select three favorites in a number of categories across all of college baseball.

Imitation is the sincerest form of flattery and here at Cal State Omaha we borrowed a few of their categories and came up with a few on our own and applied them to only Cal State Fullerton Titan Baseball for the past 10 years.

1. June 11, 2017 – Game 3 of the 2017 Long Beach Super Regional
Hank LoForte 2 RBI single in the 4th inning was all the scoring needed. Brett Conine strikes out David Banuelos with the tying run on third base to end the game and send the Titans to Omaha.

2. June 8, 2015 – Game 3 of the Louisville Super Regional
The famous “Foul Pole Game” when David Olmedo-Barrera hit the towering home run off the foul pole that was ruled a fair ball in the 11th inning. In the bottom of the 11th, Louisville’s Ryan Summers was caught stealing for the third out and the Titans advance to the College World Series. 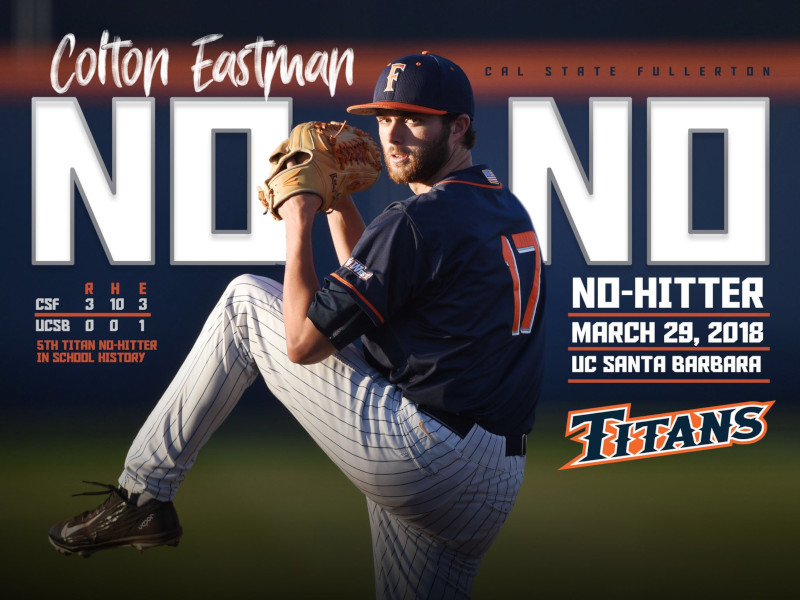 T3. March 29, 2018 – Colton Eastman’s No-Hitter
Eastman walked one and struck out seven en route to the 5th no-hitter in Titan Baseball history and the first no-no on the road.

One Thing I Want To See The Next Decade:

One thought to “Best Of The 2010s: End Of Decade Favorites”