The 2017 NCAA Baseball Super Regional sites have been selected and the Cal State Fullerton Titans are staying close to home. 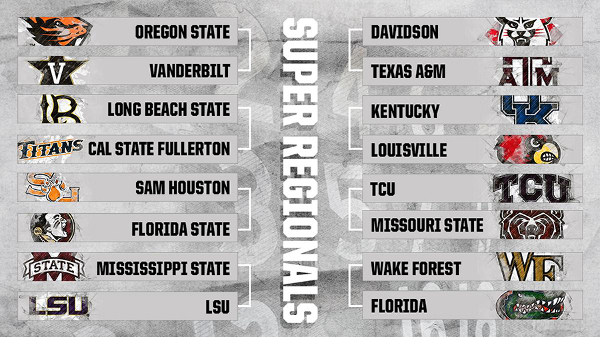 The 2017 Long Beach Super Regional will start on Friday, June 9. Dates and times along with TV schedule are as follows:

Dates and times of the other seven Super Regionals were also announced today.