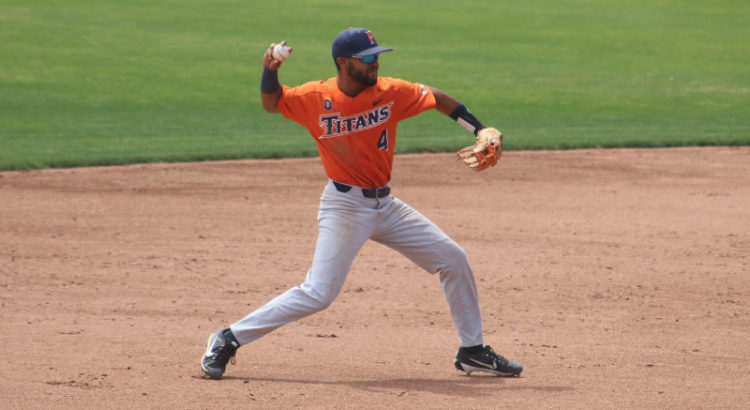 Collegiate summer baseball leagues are amateur baseball leagues that feature players who have attended at least one year of college and have at least one year of athletic eligibility remaining. Some teams have incoming freshmen who recently graduated high school on the roster. Generally, they operate from early June to early August. Players use wooden baseball bats, hence the common nickname of these leagues as “wood bat leagues”.

To find a collegiate summer team, players work with their college coaches and prospective teams’ general managers. They report to summer leagues after completing their collegiate baseball season with their NCAA, NAIA, NJCAA or high school teams. Some players arrive late due to their college team’s postseason play, which sometimes runs into early June. During the season, out of town players are housed by volunteer host families and bus to and from road games.

This year, a number of Cal State Fullerton Titan players expected to return to the team are playing summer ball. Incoming high school players expected to join the Titan Baseball roster this fall are also participating in Collegiate Summer Baseball. Here is a list of those players and where they will be playing. In order to keep up with these Titans with their various summer ball teams, we have linked to the league, teams’ and players’ Twitter profiles.