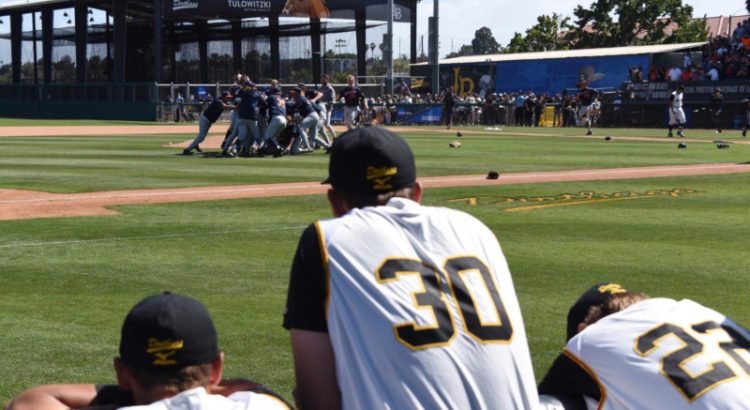 The 2019 college baseball season has arrived with expectations and debate as to which teams are living up to assumptions, pre-season polling forecasts and pundit predictions. Much of the Top 25 across the numerous college baseball polls have performed well early on with few exceptions.

Long time Cal State Fullerton Titans rival Long Beach State Dirtbags has not lived up to any expectations, no matter how low they may have been to start the season. (LBSU was unranked in all of the preseason college baseball polls.) The Dirtbags are still seeking their first win of the 2019 college baseball season after getting swept by Florida in Gainesville the opening weekend, losing a mid-week game to USD (at home) and then getting swept at Blair Field at the hands of Nevada-Reno.

That’s zero wins and seven losses to start the 2019 campaign. Adding insult to injury, the Dirtbags do not have another game scheduled until March 1st, opening a three game series on the road at Oxford, Mississippi, vs. the Ole Miss Rebels. That means the Dirtbags will be Oh-for-February to start 2019.

The Dirtbags futility has not been lost on Titan fans either in private conversation or on social media. Our own social media channels are not innocent in voicing our amusement with the Dirtbags losing streak. But in the era of RPI, strength of schedule, quality wins vs. quality losses, it dawned on us; Long Beach State losing this early and this badly could harm the Titans chances of hosting a postseason regional or potentially earning a national seed.

With Long Beach State opening the 2019 college baseball season 0-7, we decided to pen an open letter to the Dirtbags.

Can you please stop sucking?

We understand that this may be a bit surprising coming from a Titan Baseball fan blog but in all seriousness, you really need to stop losing. It’s not only embarrassing for you but for us.

You have to understand that in order for the Fullerton / Long Beach rivalry to be an actual thing, both teams need to be competitive. A rivalry is not a rivalry if it is lopsided for too long. Kicking a program while they are down is fun but after a while, it gets tiresome.

If you want to command the respect and adoration from the college baseball world, you need to start getting it done on the field. Pointing to former Dirtbags making it to the Major Leagues only goes so far. Do you want to be a successful college baseball program or a farm system for the MLB?

Dirtbag and Titan fans can agree that the 2017 season was one of the more exciting seasons from start to finish. The culmination of the 2017 Long Beach Super Regional was epic. After that Super Regional and season, we all thought the Fullerton / Long Beach rivalry was back.Sadly, the 2018 season proved to be more the norm and 2017 the anomaly. The final 2018 series was relegated to Big West Championship victory lap at Blair Field. Come on, Dirtbags. You are better than this. The Titans can’t be the only ones to carry the water for the Big West Conference.

If you are not careful, the UC Irvine Anteaters could take your place as the Titans’ main rival. The proximity of the campuses, the competition for recruits not to mention close games on the field makes for a much more intense and heated rivalry. Frankly, we were hoping for a better effort from you. Honestly, the rivalry with you has more history and tradition. We don’t really want to give Irvine that much credit.

In addition to keeping the Titans / Dirtbag rivalry vibrant and relevant, you need to start winning and stop dragging down the total clout of the Big West Conference. You need to understand, your losing is hurting not just the Titans, but the conference as a whole.

Unfortunately, the Big West Conference member schools do not have the high budgets SEC and ACC schools possess due to their flush of football TV money. The college baseball pundits and selection committee view the Big West Conference as a “one and done” conference. The reason those Power Five Conferences get so many bids into the NCAA tournament is because the perception is the conference competition is better from top to bottom. The Big West is labeled a “Mid-Major Conference” relegated to one automatic bid until it can prove otherwise. That perception will not change if you keep sucking.

The entire conference needs to improve as a whole in order to gain national respect. For a program that points to your tradition rich heritage and making four appearances in Omaha, you sure haven’t been holding up your end of the bargain. Fullerton has been helping the Big West’s reputation for years and so has UC Santa Barbara and UC Irvine of late. 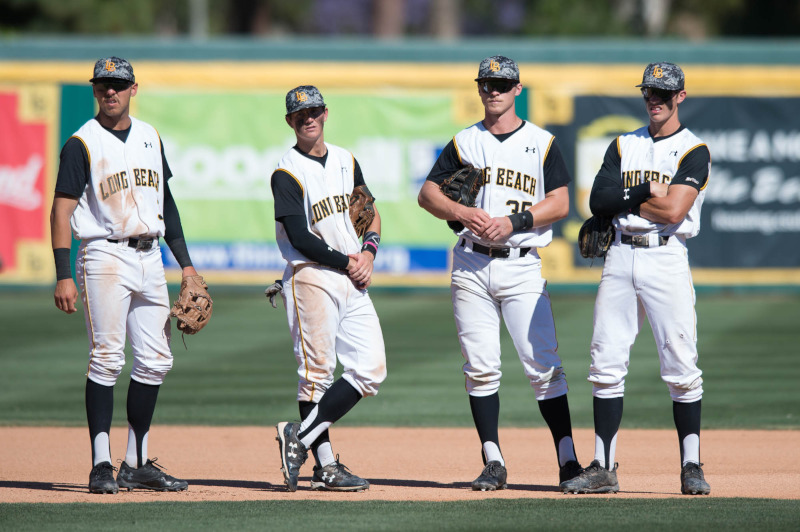 We can respect the rigors of your scheduling. Going on the road to Gainesville and then to Oxford, home vs. Michigan and then a home series vs. TCU is commendable. Minnesota, a Super Regional team in 2018, was a bold scheduling move but that is at home at Blair Field. Going up to Berkeley could prove to be a good choice so long as you win or at the very least split the series. If you can manage to not get swept while out in Mississippi this weekend, that will help greatly.

We know you are not accustomed to taking advice from those partial to your perceived rival but deep down, we want you to be better. We want the rivalry to get back to the level where the seats are full. (The May 20-22, 2005 series at Goodwin Field set a three-day attendance record that still holds to this day.) We want the rivalry to get to such a fever pitch, both fan bases are hoarse by the Sunday game.

Although it is hard to admit, we want you to win a few games here and there against the Titans. Not a lot. Just a few to make it a rivalry again. That way we can get back to respecting you as a college baseball program. With the exception of the 2017 season, it hasn’t been like that for a while.