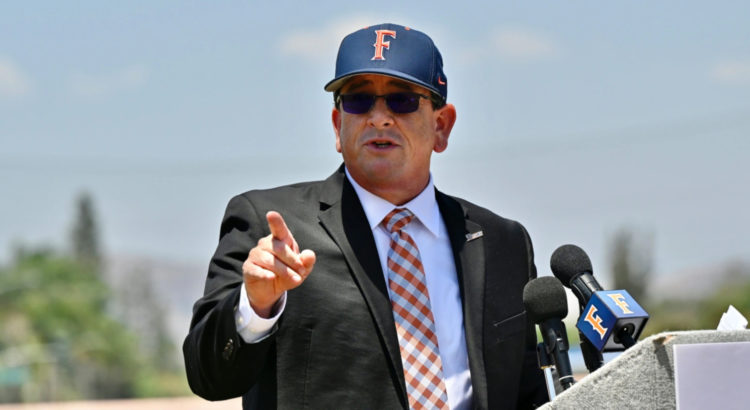 Listen to the 1544 Miles to Omaha Podcast interview with Head Coach Jason Dietrich as he discusses his coaching mentors, his choice of coaching staff and previews the Titan Baseball Fall Ball Season.

This episode of the 1544 Miles to Omaha Podcast features a one-on-one sit down interview with the sixth head baseball coach in Cal State Fullerton’s Division 1 history, Jason Dietrich. We spoke to Coach Dietrich briefly after his introductory press conference in July and you can hear his comments by going back to Episode 40 that was published on July 1st. Coach Dietrich was also a guest on the “Fram and Friends” podcast hosted by Cal State Fullerton President Fram Virjee in September. We would highly recommend listening to that one to gain more knowledge about the man that will be leading the Titan Baseball program this coming season and into the future.

In this interview, we will get to know Coach Dietrich more in depth about his coaching philosophy, which coaches influenced him the most as an assistant coach and what aspects of those coaches will he take into being a head coach.

To listen, press the play button below and listen directly here. You can also subscribe to the 1544 Miles to Omaha Podcast by going to any popular podcast platform and search for either “1544 Miles to Omaha” or Cal State Omaha”. While there, please leave a 5 star review in whichever platform you listen to the podcast. This helps other Titan Baseball fans find the podcast easier.

To listen to previous episodes, visit the 1544 Miles to Omaha Podcast page and click on the episode you may have missed.