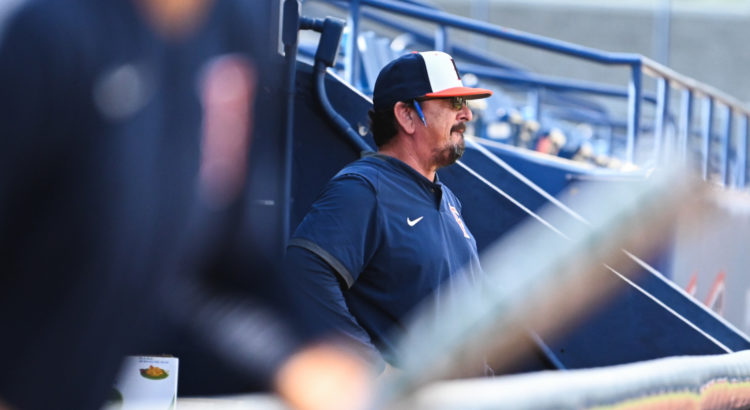 Another week in the books and the Titans went .500 vs. Cal State Northridge and University of San Diego. Unfortunately, in order to make a path towards .500 for the season, the Titans needed to continue to win more than they lost.

With the Titans traveling to Hawai’i this weekend, they’ll need to take two out of three along with a mid-week win vs. BYU to get on the trail to .500. But with a new coaching staff and a new culture in place, maybe there are different goals for this team in order to work towards the path of rebuilding then program back to prominence.

Let’s take a look at the week that was with the Titans that included some good, some bad and even some ugly. 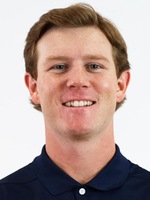 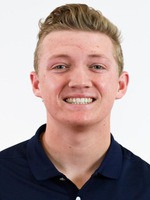 Although the Titans are on a one game win streak, they did win five in a row with a win over Cal State Northridge on Friday. The sweep of UC Davis, the mid-week win over USC and the Friday win over CSUN secured the longest winning streak of the season.

The loss on Saturday killed the streak but putting together a small streak was a positive. We’re not sure if it was the byproduct of playing Davis and USC, both clubs riding the struggle bus this season or that the Titans found something that clicked.

No matter the reason, it was nice to see the Titans string together consecutive wins and moving in the right direction. 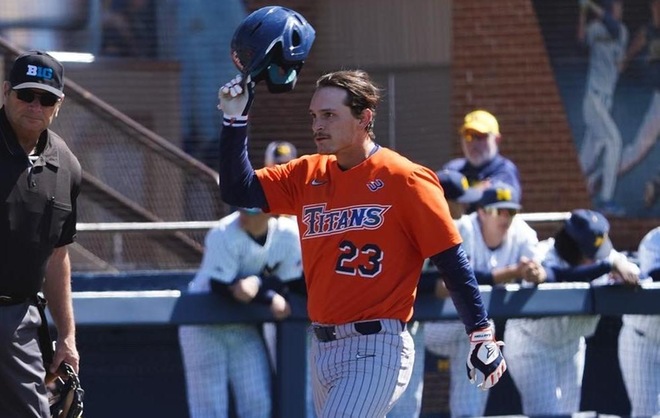 Although Caden Connor won the Cal State Omaha Batter of the Week honors, Austin Schell has been swinging a hot bat lately.

Starting on Sunday at Michigan, Jason Dietrich placed Schell in the Designated Hitter spot primarily and he has produced multiple hit games in seven on his last eight games he has played. In that span, Schell has gone 17-for-29 for a .586 average.

Schell got the night off on Tuesday when the Titans hosted USD and hopefully the rest and the long flight to Hawai’i this weekend does not cool off his bat.

As the Titans undergo the process of rebuilding the program back to prominence, many fans look towards positive progress. One major positive that stood out from the past week included the amount of fight the Titans demonstrated in order to secure a comeback win over USD.

A combinations of walks and timely singles from the USD batters, the Titans found themselves down by five runs heading into the bottom of the second inning. The Titans answered by scoring three, but the Toreros tacked on two more runs in the third.

Down 7-3 early, the Titans could have taken on the “here we go again” attitude and phoned it in for the rest of the game. But they didn’t and continued to chip away at the USD lead in the fifth, seventh and eventually took the lead for good in the eighth inning.

Michael Weisberg relieved Ryan Gil in the ninth with the one run lead in the balance and proceeded to induce a fly out, a swinging strike out, a walk and end the game with another swinging strikeout.

The mettle of a team shows when it experiences adversity, especially after two emotional conference losses at home days prior. The 2022 Titans may or may not get to .500 on the season, but the team is showing the coaching staff and the fans they are not giving up on the season just yet.

Getting on base by any means necessary has been a staple of Titan culture and the 2022 team is no different. The current leaders of the dose club include Brendan Bobo and JJ Cruz with five HBPs apiece.

Surely all of these guys have a long way to go to catch Bacani’s season single record, but they have demonstrated they aren’t afraid of taking one to get on base.

Since Cameron Repetti has taken up residence in the Titans bullpen, his consistency has remained in question. A fine example of never knowing what Repetti performance you can expect was on display vs. Cal State Northridge.

The same pattern showed up in the UC Davis Series.

Typically, Repetti is the one to come out of the bullpen in relief, but his recent consistency issues make everyone nervous. If Repetti will continue to get high pressure appearances, he needs to improve on earning Dietrich’s trust with lights out performances like on Friday vs. CSUN.

With 17 games left in the 2022 season, the Titans needs to win 12 games in order to secure a winning season. Lose six more games and the Titans will have their second losing season in program history in two straight years.

A winning season is not mathematically impossible but with Hawai’i, UC San Diego, Cal Poly, Long Beach State and UC Irvine looming on the horizon, it’s a tall task. 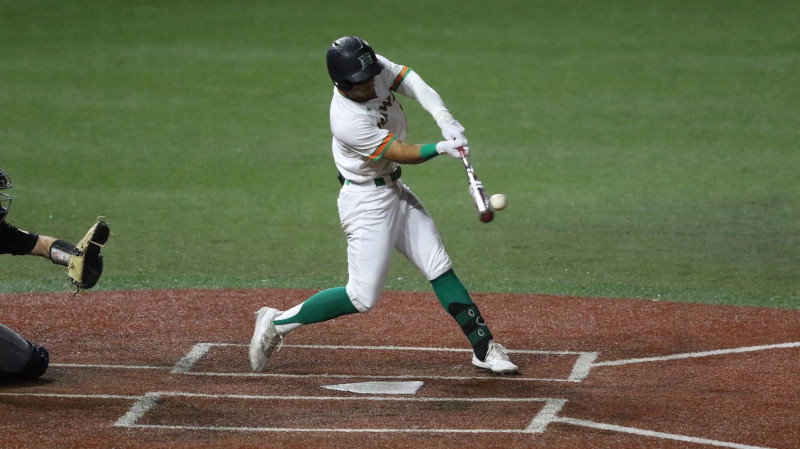 The Titans hit the road, or more like hit the air, and travel to Hawai’i who also has a new coach. Rich Hill grabbed his surf board and left USD for the Hawai’i shores.

Hawai’i sits at .500 on the season with an 18-18 record and sits third in the Big West Conference at 11-7. The Rainbow Warriors have swept both UC Riverside and Cal State Bakersfield.

Hawai’i as a team is not the offensive threat that has pitchers trembling in their spikes. As a team they average .259 at the plate with nobody batting above .300. Matt Wong leads the team in batting average at .296. Jacob Igawa is the power threat with four home runs for Hawai’i.

On the mound, the Rainbow Warriors have a team ERA of 4.59. Friday starter Cade Halemanu leads Hawai’i in starts and holds a 4.13 ERA. Former Saturday starter Andy Archer has nine starts on the season and has a 6.05 ERA.