This week’s Thursday Thoughts has a nostalgic feel along with some optimism for the rest of the season. Say goodbye to the non-conference and hello to the Big West the rest of the way in 2021.

This past weekend’s series with California Baptist University was a good test for the Titans as well as a break from the short Big West Conference slate of games already completed. Because the Big West has stated that member programs can only play one opponent within a given week, that means non-conference mid-week games are no longer on the schedule.

With the way the Titans have started the season in the non-conference, it is probably a good thing to concentrate on their upcoming Big West opponents. Winning the conference looks to be the clear path to gain entry into the post-season.

The Titans took two of the three games from CBU at Goodwin Field in Fullerton. We’ll take a closer look at how the weekend went. It wasn’t without some good, bad and ugly aspects. 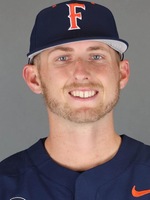 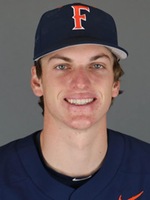 *Small mistake on our part. The stats are for Deylan Pigford but the Twitter poll choices included Jake Harvey. We also considered nominating Jake Harvey but settled on Deylan Pigford. Fortunately, Cole Urman won the Cal State Omaha Batter of the Week in a landslide an any confusion or controversy was avoided.

Since the Titans started Big West Conference play in March opening with UC Santa Barbara, they have won or at the very least, split every single series they have played in.

In the UCSB series, the Titans went an even 2-2 split. At UC Riverside, the Titans won three of the four games. The surprise USD series saw the Titans split the series one game a piece. This past weekend, the Titans took two of the three games vs. CBU.

The Titans in recent years have sprinted to the end when conference play has picked up. We are not trying to look too far ahead, but this weekend’s series up at UC Davis (9-21) could be just what the doctor ordered.

Cole Urman Had Himself a Weekend

Cole Urman’s stat line following this past weekend vs. CBU: 7-for-13 with an average of .538, scoring two runs, driving in five runs and did not strike out once. Not bad for a guy who was widely considered to be a defense-first catcher.

Coming into the 2021 season, many Titan Baseball fans expected Kameron Guangorena and Austin Schell to get the lion’s share of the time behind the plate. JC transfer Omar Veloz was in the mix as well. Cole Urman, the freshman that did not play in any games in 2020, was thought to be the odd man out fighting for table scraps at the end of games after the aforementioned catchers had already batted.

Boy, were we all wrong. After Sunday’s loss to CBU, a game that Urman went 4-for-5 on the day, he admitted he has changed his swing slightly.

.@FullertonBSB catcher @cole_urman tweaked his swing and it paid off in spades this weekend.

Offensively, Urman’s contributions this weekend were evident but his defense was also a major factor in the Titans winning two of three games. On Friday in the top of the 3rd inning, Urman threw a laser to second to catch Chad Minato attempting to steal. Three innings later in the top of the 6th, Urman back-picked Michael Carpentier at first base to record the third out of the inning.

Urman has raised his batting average to .333 with 11 runs and eight RBI on the season. Urman is finding his way on base too and currently has a 16 game on-base streak that leads the team.

Ryan Hare started the Saturday game vs. CBU and appears poised to take over one of the weekend starter spots for the remainder of the season. Although he did not earn the win on Saturday, Hare went five innings, surrendering three hits and gave up a run. Hare also struck out three CBU batters and did not walk one Lancer.

Earlier in the season, Head Coach Rick Vanderhook appeared to be auditioning Hare to be the team’s closer. After mixed results in that role and Cameron Repetti appearing to have locked down that spot, Hare should start one of the games this weekend in Davis.

Don’t forget, Hare was the Friday night starter for UNLV in 2020 before the season was cut short due to the Coronavirus pandemic. Hare’s performance this weekend demonstrates that starting may be in his future for Fullerton as it was for him in Las Vegas.

Anything is better than nothing, right? Although the stands at Goodwin Field were not packed, it was good to see some fans back and taking in the games in person.

The next opportunity donors and season ticket holders will be allowed to watch the Titans in person at Goodwin Field will be the series vs. Hawaii, April 30 – May 2. Come that time, COVID-19 restrictions imposed by the state could be even less strict and a greater percentage of Goodwin Field’s capacity can be allowed to gain entry.

Scott Hurst Should be the 69th Titan in MLB

Scott Hurst, Titan Baseball outfielder from 2015 – 2017, had his contract selected by the St. Louis Cardinals today and is line to become the 69th Titan to play in Major League Baseball.

Hurst was selected in the third round of the 2017 MLB draft and was the Cardinals first pick in that year’s draft. (The Cardinals did not have a first nor second round pick in the 2017 draft.) The Cardinals did not play today but are scheduled to play the Philadelphia Phillies on Friday in Philadelphia. If Hurst does get into the game, he will be the 69th Titan to make play in professional baseball’s highest level. Right handed pitcher Phil Bickford who only played one season with the Titans in 2014, made his debut with the Milwaukee Brewers on 9/1/2020 and was the 68th Titan to make it to the show.

Many Titan fans will remember Hurst fondly for his contributions during the 2017 season. That year Hurst batted .328 led the 2017 Titans with 12 home runs and 40 RBI. Hurst hit four runs in a single game vs. Cal State Northridge and most famously might be remembered for crashing into the outfield wall at TD Ameritrade Park in Omaha during the College World Series. In the game vs. Florida State, Hurst stole a sure-fire extra bases hit when he crashed into the wall and came away with the ball, hence saving Blake Workman from giving up additional runs.

We wish Scott Hurst the best of luck and hope he does not have to wait too long to see his first game action and officially becomes the 69th Titan to make it to the Major Leagues.

Zach Lew was lifted from the game in the bottom of the fourth inning after suffering an apparent left leg injury. Lew appeared to have injured his left leg after rounding third base when Cole Urman singled up the middle. Lew pulled up on his way to home plate and had to hop on one leg before eventually scoring.

After touching home plate, Lew fell to his hands and knees on the artificial turf that spells out “Titans” behind home plate. CSUF Athletic Trainers on site, led by Justin “J-Bone” Hostert, immediately tended to Lew and assisted him off the field when he was ready.

Lew remained in the dugout for the remainder of the game but was replaced defensively at third base by JJ Cruz. Cruz performed admirably in Lew’s place going 2-for-2 and also walking in his three plate appearances and scoring three times.

Without official word coming from Titan Athletics regarding the injury leaves us to speculate. From our point of view on the first base side, it looked bad and not just a cramp. It’s probably a strained hamstring and not pulled. Again, only speculation on our part, but if it were a pulled hammy, Lew would probably have needed more assistance getting off the field when going to the dugout.

We’re hoping for a speedy recovery for Lew and if he has to miss any time, it is only for this weekend vs. UC Davis. The good news is that the Titans have a number of options on the left side of the infield to replace Lew should he miss time. We mentioned JJ Cruz and how he performed on Sunday but also Brendan Bobo, Josh Urps, Tristan Gomes and even Cameron Repetti can play at third base.

Titans Failed to Get the Sweep

With two games in the bag heading into Sunday’s game vs. CBU, Titan fans and players alike could taste the first sweep in quite a long time. Unfortunately the Titans late rally came up short and they were left looking for their first sweep since the 2019 season.

For those curious, the last series sweep for the Titans came in May 16-18, 2019 vs. Long Beach State at Goodwin Field. The last sweep before that one also came against the Dirtbags, that time at Blair Field in the 2019 non-conference series March 22-24.

If you were in the stands at Goodwin or watched the live-stream, you probably saw the leg injury to CBU Lancers shortstop Chad Minato.

Minato was returning to third base on the front end of an attempted two-out double steal. Minato appeared to jam his leg into the bag and immediately fell to the ground. The CSUF training staff was stationed along the third base side and were the closest to Minato when the injury occurred.

CSUF trainers rushed to attend to Minato and his right leg was placed in an air cast. He was carted off the field and with the sparse fans in the stands, many could clearly hear Justin Hostert telling a man who appeared to be Minato’s father that he would be transported to St. Jude’s Hospital. J-Bone was calling for an ambulance on the field while Minato’s leg was being placed in the cast.

Minato is a graduate transfer at Cal Baptist, after earning his degree from Harvard University. He was the captain of the Harvard baseball team, where he had a 17-game hitting streak. Minato played high school baseball at Huntington Beach High School, where he won a CIF Southern Section Division I championship.

It appears that the injury could end Minato’s season and possibly his baseball playing future. We wish him a speedy recovery and hope the injury is not as serious as it appeared on the field.

Based on the Aggies record and comparing common opponents, this one appears to be another “get right” series for the Titans. UC Santa Barbara, an opponent the Titans split their series 2-2, swept the Aggies. The Titans most recent opponent, the CBU Lancers, swept UC Davis at Davis earlier in March. Just because the UC Davis Aggies appear on paper to be a possible push-over, the Titans should not let down their guard.

All four probable starters for UC Davis have been announced while Sunday’s starter for the Titans has not yet been determined.