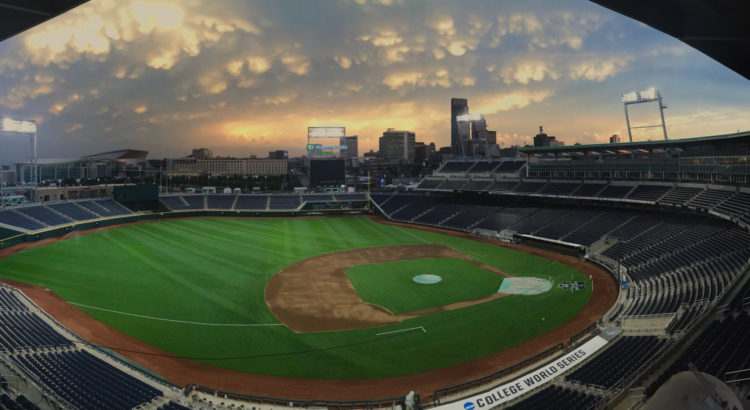 “We’re really looking forward to our schedule this year,” said Vanderhook. “As always, we tried to make it challenging in non-conference play because we know how tough our own league always is. This is a schedule that will allow us to compete with some of the best programs in the nation early and let us see different styles of play.”

The non-conference road tests will come early and often opening the season in Palo Alto at Sunken Diamond Stadium vs. Stanford. The Titans were placed in the Palo Alto Regional last season where they defeated BYU 13-2 on Thursday advancing into the winner’s bracket to face Stanford, the regional host and No. 8 national seed. The Titans then went on to beat Stanford twice in Palo Alto, punching their ticket to the Super Regionals. No doubt the Stanford Cardinal will look to gain revenge for the Titans bouncing them from their own Regional. 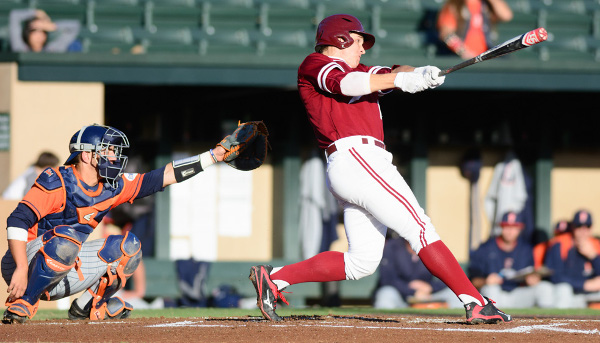 Fans will get their first chance to see the 2018 Titans in action in just a few weeks, as Fullerton will host UNLV in an exhibition contest on Oct. 28 at noon. The two squads will play a full nine-inning game, which will be the lone fall contest the Titans will have this season.

Prior to the official start of the 2018 season, the Titans will host their annual alumni game on January 27, 2018 at 1 pm. Although this game is an exhibition, many of the stars of former Titan squads come back and play against the incoming squad. Titan fans will remember that 2017 NLCS MVP Justin Turner returned to Goodwin Field to play in the alumni game and was noticed by a Dodger scout who then signed Turner to the Boys in Blue.

After the opening weekend in Palo Alto, the Titans return home for an exhibition gamne vs. the NC Dinos on Feb. 19. Fullerton’s official home opener will be vs. Nevada on Feb. 20 before welcoming in American Athletic Conference power Houston for a three game series Feb. 23-25. Titan fans will remember that last year’s series with Houston was in Houston with the final game being rained out.

The following two weekends will be true road tests with the Titans traveling to New Orleans to take on Tulane, March 2-4. The biggest test will come a week later when the Titans travel to Corvalis, Oregon to take on Oregon State in a three-game non-conference series. Oregon State was the No. 1 overall seed in last year’s NCAA post-season tournament and returns a squad that is poised for another run at Omaha. The Titans faced Oregon State in the first game of the 2017 College World Series before being eliminated by Florida State.

After two weekends on the road, the Titans will have two weekends at home taking on Grand Canyon March 16-18 and the annual non-conference series with Long Beach State is at Goodwin Field this season, March 23-25.

Big West Conference play starts March 29-31 at UC Santa Barbara before returning home for the conference home opener vs. Cal Poly April 6-8. Sandwiched between those two weekends will be the mini two-game series vs. Arizona State on April 3rd and April 4th. It will be the fourth consecutive year the two perennial college baseball powerhouses have played each other.

The Big West Conference has nine members playing baseball which means each weekend one team essentially has a bye week in the middle of the conference schedule. Rather than sit around and not play anyone, the Titans will travel to San Diego State to take on the Aztecs for a three-game non-conference series, April 13-15.

So see the entire 2018 Cal State Fullerton baseball schedule, you can view it HERE.