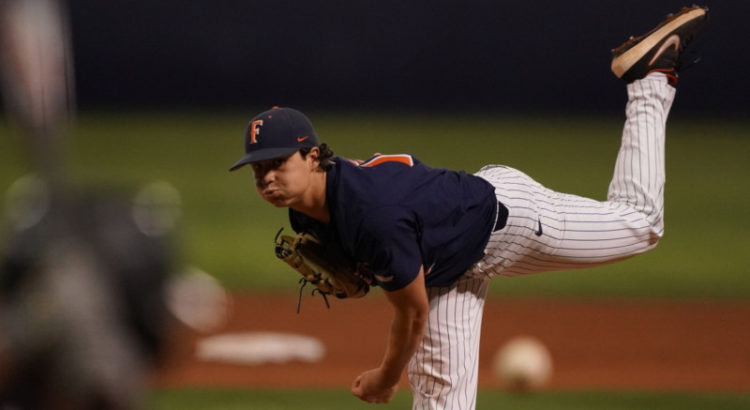 The only benchmark remaining is to finish the season with a winning record above .500.

Let’s dive into this week’s wisdom.

Six wins and zero losses vs. Long Beach State in 2019. Despite the Titans struggling this season and undoubtedly will miss the NCAA postseason for the first time in 27 years, sweeping the season vs. the Dirtbags is always satisfying.

Long Beach State finished the weekend 5-16 and dead last in the Big West Conference standings. The Dirtbags, 11-41 overall record with three more games to go vs. Hawai’i, will finish with the worst record among conference teams no matter how they fare against Hawai’i.

Two years removed from the Super Regional between these two teams, the landscape couldn’t be any more different. Although the teams’ on-field success is very different this year, maintaining dominance in this series is always a feather in the Titans’ cap.

The six-game sweep now tightens the Titans’ stranglehold on the 152-77 all-time record vs. the Dirtbags. To put that into perspective, if the Titans and Dirtbags continue to play each other six times per year (post-season not included), Long Beach State would need to sweep Cal State Fullerton for 12 straight years and the Titans would still hold a three game advantage.

.400 for Berryhill in sight

Berryhill will probably not finish with the best batting average in the country this year but has a very good chance at finishing in the top 10.

Berryhill has 75 hits in 181 official at-bats after playing 50 games in 2019. That’s an average of about 3.5 at-bats per game. With three games left vs. Cal State Northridge, we expect Berryhill to register about 10 or 11 official at bats.

If Berryhill can finish the season batting .400, he will make it 10 seasons when a Titan batter has hit that average. (Nine batters because Mark Kotsay batted over .400 for two seasons – 1995 & 1996) Josh Fellhauer, Reed Johnson and Jeremy Giambi would drop off the top 10 single season batting average list because they finished their seasons batting .396.

If Berryhill can manage two hits this weekend, he will join a very elite group of batters to have worn the Fullerton blue and orange.

Speaking of the number two, that is the number of wins the Titans need this weekend vs. Cal State Northridge to secure a winning season. Two wins would give the Titans 27 wins on the season, securing a winning record (.509).

A number of streaks are coming to an end once the 2019 Titan Baseball season finishes up on Saturday.

If the Titans lose two games or more to CSUN, then the streak of never having a losing season will also come to an end.

It has been a tough year for the Titans but at least they can salvage one record with a series win up in Northridge this weekend.

On Sunday, the Titan Baseball program said thank you and saluted five seniors on the 2019 squad. Jairus Richards, Nick Ciandro, Mitch Berryhill and Jordan Hernandez are all seniors after transferring from junior college to finish up their final two years at Fullerton.

Hank LoForte is the only player in this group of 2019 seniors to have worn the Fullerton F for all four years.

Jake Pavletich did not participate in senior day this year because he was a senior last season. Since Pav redshirted earlier in his Fullerton career, he had one year of eligibility left and chose to return to play in 2019.

Congratulations to those Fullerton seniors for their service and efforts over the years. Best of luck to all no matter if their future includes professional baseball or entering the business world.

We told you about the special season Mitch Berryhill is having at the plate. Fellow senior Hank LoForte is on the verge of etching his name in the Titan career record books as well.

Hank LoForte enters the Northridge series with 17 career triples in his career which ranks tied for second (Gary Brown, 2008 – 2010) for most triples in a career at Fullerton.

If LoForte can touch third base on a single swing of the bat, he will join Dante Powell (1992-1994) on top of the Titan career triples list.

Two triples in three games may be a tall order but if LoForte can pull it off, he will be the all-time triples king in Titan Baseball history.

The Titans will finish the 2019 season having played 53 games total. Unfortunately the program was unable to find a non-conference team to play to replace the rescheduled Washington game that was canceled.

The small window of local teams that could travel to Fullerton for a mid-week game must have been too small and the canceled game slot was never filled. With the Titans traveling to Northridge on Thursday, it appears no last minute game will be secured. 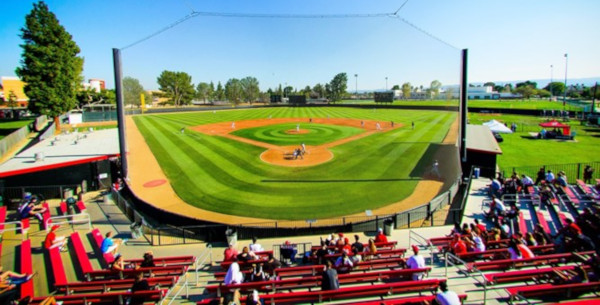 As mentioned, the Titans end the season on the road with a trip to the San Fernando Valley to take on Cal State Northridge.

Hate to say it but Northridge is having their typical sub .500 season. The Matadors are 22-30 on the season and 8-13 in the Big West. Even if CSUN swept the Titans, they still end the 2019 season with a losing record in both the conference and the overall record.

Please note that this is not your typical Friday through Sunday series. All games are day games at Matador Field.