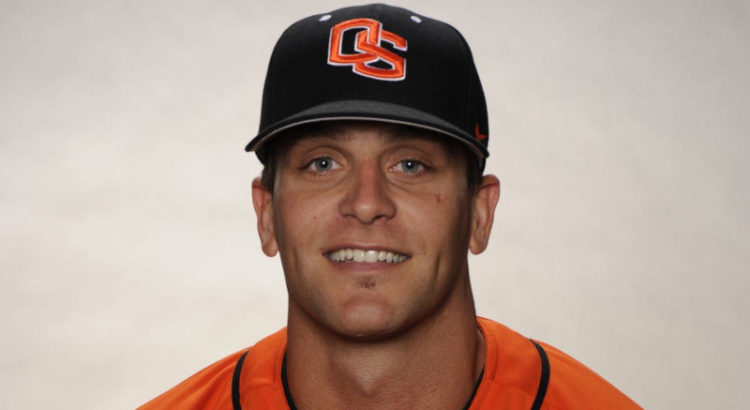 The college baseball coaching carousel for Cal State Fullerton finally came to a stop with the news breaking that Andy Jenkins, former assistant coach for Oregon State, will join the Titan Baseball coaching staff to fill the vacated Volunteer Assistant role. Jenkins will coach third base and work with the catchers and first basemen at Fullerton.

COACHING SCOOP: @FullertonBSB will hire former @BeaverBaseball assistant Andy Jenkins as its volunteer coach, sources tell @d1baseball. That’s a really good get for @rick_vanderhook in a volunteer role. Andy is a good one. #BigWest #CalStateFullerton

Head coach Rick Vanderhook is the lone remaining coach from the 2019 Titan Baseball coaching staff that oversaw arguably the worst season in the 45 year history of Cal State Fullerton Baseball. Despite ending the season with a winning record, winning less than 30 regular season games and failing to make the postseason is not the standard Titan fans, coaches, players and anyone connected to the program expects from a tradition rich baseball school.

Jenkins’ experience coaching at Oregon State should bring an immediate impact to the Titan Baseball program since he can coach infielders and has coached tremendously successful catchers while in Corvalis. Rick Vanderhook is familiar with Jenkins’ body of work intimately due to the fact the Titans played Oregon State in a weekend series in 2018 and also matched up with the Beavers in Omaha in 2017. Jenkins was on staff with Oregon State when the Beavers won the College World Series in 2018.

As a player, Jenkins played for Oregon State, mainly playing catcher and first base and started on the Beavers’ 2005 College World Series team. Jenkins played professional baseball for the Florida Marlins and Texas Rangers organizations before returning to Oregon State as an undergraduate assistant coach in 2012. Jenkins coached third base the last five years for the Beavers and also worked with the catchers and infielders.

Since Chad Baum has moved across town to take the head caching position at Fullerton College, Jenkins appears to transition into the role Baum had with Fullerton, coaching third base while the Titans are on offense and coaching catchers, a Baum specialty. Walton coached infielders while the Volunteer Assistant at Fullerton and Jenkins will take on that role too.

Focusing on the catchers and Jenkins role in coaching that position, two names leap to mind: Logan Ice and Adley Rutschman. Rutschman’s name may be a bit more familiar because he recently played for Oregon State and is the reigning Golden Spikes Award winner. Adley Rutschman was also selected No. 1 overall in the MLB draft this past June by the Baltimore Orioles and is quickly advancing through the Orioles’ minor league system. Go back and look at the tape of Fullerton playing Oregon State in the 2017 College World Series and you will see Rutschman behind the plate as a freshman.

Prior to Rutschman, Logan Ice held down the catching duties admirably, getting drafted in the second round by the Cleveland Indians. Ice currently plays for the Akron RubberDucks, the Double-A affiliate of the Indians.

Chad Baum had a nice track record of developing Titan catchers, (Chad Wallach, Jared Deacon, AJ Kennedy, Chris Hudgins, Daniel Cope) both Ice and Rutschman’s development appears to have gone to the next level. The returning player that should be the most excited about Jenkins joining the Titan Baseball coaching staff should be sophomore Kameron Guangorena for obvious reasons. As a freshman, Gunago’s bat was a staple in the Titan batting order, mainly in the DH spot for much of the season. When Junior catcher Daniel Cope was sidelined with injuries, Guangorena took on the starting catching duties. Guangorena recently played this summer in the Cape Cod League and looks to improve his performance in his sophomore year.

One of the criticisms of Baum was his judgement calls while coaching third base. Many times Baum would send runners to home plate only to get thrown out by a wide margin. Other times Baum would hold runners at third an inning later that could have scored easily. Yes, hindsight is 20/20 and hopefully Jenkins’ ability to coach third base will result in less outs and more runs scored.

Not to overshadow Jenkins joining the Fullerton coaching staff but former Titan Tyler Pill will also join the staff in an undergraduate assistant role. Pill was drafted by the New York Mets in the fourth round of the 2011 draft and was called up to the big club in May 2017. Pill played within four MLB organizations including the Mets, Arizona Diamondbacks, Los Angeles Dodgers and the Texas Rangers. On June 15, 2019, the Rangers released Pill.

Since Pill left for professional baseball before completing his bachelors degree, he is eligible to return to complete his degree and to help coaching in an undergraduate assistant capacity. Much like Jenkins, per NCAA rules, Pill can not actively recruit players to the program but will coach player development on the field.

Pill brings an excellent combination of skills to help mold the current group of Titans. Pill pitched in the major leagues but later converted to outfield in order to stay playing baseball professionally. That versatility can only help in his new undergraduate role, assisting Dan Ricabal with the pitchers or Vanderhook, Sergio Brown and Jenkins with the position players.

After a disastrous 2019 season (by Fullerton standards) and losing three assistant coaches, the Titan Baseball program has hit a home run (no pun intended) with Brown, Ricabal, Jenkins and Pill joining the coaching staff. If other undergraduate or graduate assistants join the Titan coaching staff, we will further update fans with another blog post.

For breaking news and to stay current with Titan Baseball news and updates on alumni playing professionally, follow @CalStateOmaha on Twitter.

2 thoughts to “Who is Andy Jenkins?”