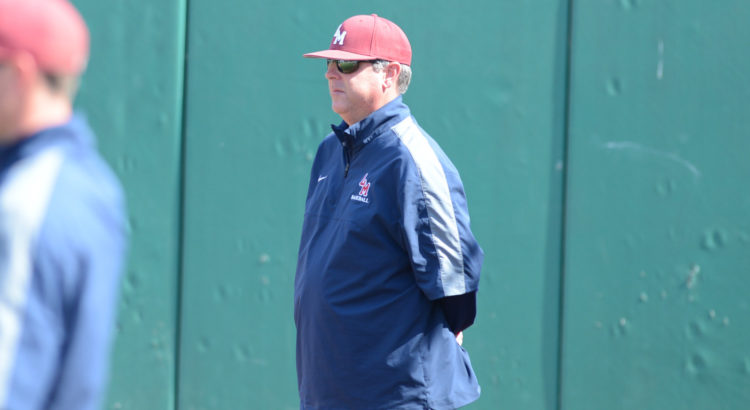 Last week the news broke that Sergio Brown was returning to his roots and it appears that Dan Ricabal, a former Titan, is indeed coming home too. No official announcement from Cal State Fullerton yet but credible sources were saying the choice for pitching came down to Ricabal or Jason Dietrich.

COACHING SCOOP: @FullertonBSB has hired Dan Ricabal as its pitching coach, sources tell @d1baseball. Ricabal spent the last three seasons in the same role for @LBDirtbags and has a lot of experience in that conference. That completed Hooky’s full staff with Dan and Sergio Brown.

Much like Sergio Brown, Ricabal’s history with Titan baseball started as a player in the mid-1990’s and has taken him to a number of coaching stops along the west coast in the college and minor league ranks. Ricabal also has ties to Augie Garrido after playing junior college baseball at Cerritos College before playing his junior and senior seasons as a standout pitcher for the Titans.

Before arriving at Fullerton, Ricabal racked up a 10-1 W/L record at Cerritos College in 1992. Ricabal pitched for the Titans in 1993 and 1994, advancing to the College World Series in his senior season. Ricabal’s career record at Cal State Fullerton was 23-4 and his .852 winning percentage ranks seventh in Titan Baseball history. Ricabal went 12-1 his senior year and tied the team lead for wins that season with Matt Wagner. In 1994 at the College World Series, Ricabal was the winning pitcher for both wins in Omaha that year. As a Junior, Ricabal led the team in wins (11) and strikeouts (106).

Despite putting up terrific numbers at Cal State Fullerton, Ricabal was not drafted and signed a free agent contract with the Dodgers to start his professional baseball career. Ricabal pitched in the minors for a number of years, advancing to Double-A playing for both the San Antonio Missions (Dodgers) and the Shreveport Captains (San Francisco Giants). While playing in the minor leagues, Ricabal was used primarily as a reliever despite two starts. Ricabal’s professional career as a player finished playing in a total of 205 games in six seasons while recording 83 saves.

In 2000, Ricabal started his coaching career as the pitching coach for the College of the Canyons, a Community College in the Santa Clarita Valley. In 2001, Ricabal served as an administrative assistant at Cal State Fullerton which proved to be a spring board into active coaching. from 2002 – 2004, Ricabal was the Pitching Coach and Recruiting Coordinator at UC Santa Barbara.

Professional baseball called Ricabal back into the minors, coaching professional players from 2006 to 2010 within the Los Angeles Angels organization. In 2006, Ricabal served as pitching coach for the Arizona League Angels, the Class-A Cedar Rapids Kernels in 2007 and from 2008 – 2010, worked as the pitching coach for the Rancho Cucamonga Quakes. During his time with the Angles, Ricabal coached a number of future big leaguers most notably Garrett Richards, Jordan Walden, Tyler Chatwood, Sean O’Sullivan, Trevor Bell among others.

Eventually Ricabal would be called back into the college coaching ranks, this time by his former teammate, Jason Gill. Gill, then the head coach at Loyola Marymount University, was an infielder at Cal State Fullerton in 1994. Gill hired Ricabal in 2012 and he would serve as pitching coach for five years. While at LMU, Ricabal’s pitching staff showed an immediate improvement and recorded some of the best team ERA’s in LMU history. (2013 – 3.17, 2014 – 3.80, 2015 – 3.41 and 2016 – 3.83)

Ricabal’s influence not only affected the entire pitching staff but the top pitchers developed rapidly under Ricabal. Four of LMU’s Top-10 best individual season ERAs, including Sean Watkins’ 1.89 in 2015 (third-best) and Colin Welmon’s 2.30 ERA in 2013 (sixth-best) all came under Ricabal’s tutelage. Prior to Watkins and Welmon, no LMU pitcher had turned in a sub-2.31 ERA in a season since 1971. Training under Ricabal throughout his four-year career, Welmon posted the third-best ERA in LMU history (2.82). 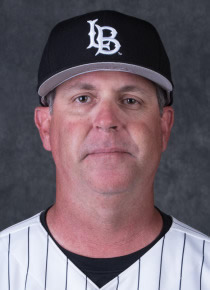 Ricabal would be lured away from LMU and was named pitching coach by then head coach, Troy Buckley at Long Beach State. Ricabal oversaw the Dirtbags pitching staff for the past three years and his impact was immediately felt in his first year at Blair Field. In 2017, the Dirtbag pitchers posted a 3.07 ERA and Titan fans will remember the 2017 season vividly for good and bad reasons. The Dirtbags won five of the six regular season games vs. the Titans and took Fullerton to a nail-biting game three in the 2017 Super Regionals, a series the Titans would eventually win.

In April, Troy Buckley was fired as head coach of the Dirtbags, citing workplace violence. (Buckley has since been hired as the pitching coach at Nevada-Reno.) Buckley’s firing mid-season gave Ricabal the opportunity to served as a head coach, sharing the duties with fellow assistant Greg Bergeron. With LBSU recently hiring Eric Valenzuela from Saint Mary’s, that left Ricabal out of a job until Rick Vanderhook brought him on to join the 2020 Titan Baseball coaching staff.

Player development and shepherding student-athletes to the professional ranks is as much of recruiting as is selling a winning tradition to young prospects. Let’s be truthful. Any student-athlete considering Cal State Fullerton has aspirations of playing professional baseball. Showing these recruits you can develop their natural talent so they can get drafted is key. Add to Ricabal’s resume not only the players that have made it to the big leagues but those who improved in college and went on to play professional baseball.

Many Titan fans were rooting for former pitching coach Jason Dietrich to get the pitching coach job again. Dietrich, Collegiate Baseball’s 2016 Pitching Coach of the Year, left Fullerton to join George Horton’s staff at the University of Oregon after the 2016 season. Dietrich served as pitching coach and recruiting coordinator for the Ducks while in Eugene.

The preference for Dietrich is not unearned. He oversaw the pitchers at Goodwin Field to much success and his ability to recruit is unquestioned. Despite his departure, Dietrich was responsible for recruiting Timmy Josten and Tanner Bibee who will be draft eligible juniors this coming season.

Pure speculation as to why Ricabal was the preferred candidate by Rick Vanderhook for this hire: Dietrich has made it clear he has aspirations of being a head coach in college. Ricabal will be the fourth pitching coach in five years at Fullerton and with the recent hiring of Sergio Brown, it appears Vanderhook is looking to keep this staff together for a number of years. It may be pure speculation on our part, but possibly Vanderhook is eyeing retirement after his contract that runs through 2024 expires and Sergio Brown, the Associate Head Coach, will be the coach in waiting. Again, pure speculation on our part.

With Neil Walton vacating the volunteer assistant position to join Dave Serrano at Cal State Northridge, that leaves one more spot on the 2020 coaching staff open. Expect that spot to be filled by a young up and coming coach. When that announcement is made is uncertain. But for now, the core of the coaching staff is in place and many fans are excited and hopeful for a return to the days of hosting regionals and going to Omaha on a regular basis.

One thought to “Who is Dan Ricabal?”